How to jump to a RANDOM SLIDE in PowerPoint using VBA

In this module tutorial, we shall be seeing how we can be redirected to a random slide in PowerPoint using Visual Basic Code.

In our module we have six different slides containing unique names of students from A to F. I need to be sent to any one of those slides randomly on the press of a button.

I also need to make sure that I am not being redirected to the same slide containing the same student name consecutively in the case that the same random number is again generated.

So now, let us shuffle our slides and get hyperlinked to a random slide in Microsoft PowerPoint.

RND function in Visual Basic Application generates a random number of the data type Single which is less than 1 but greater than or equal to 0.

There are many sequences or orders to generate pseudo-random numbers via VBA which are called seeds.

For any given initial seed, the same number sequence is generated because each successive call to the Rnd function uses the previous number as a seed for the next number in the sequence.

Before calling Rnd, use the Randomize statement without an argument to initialize the random-number generator with a seed based on the system timer.

Generating a random integer between a given range in VBA

Consecutive repetitions of being redirected to the same slide

Using the above formula, it is very well likely that the same number is generated again and that we are redirected to the same slide as we are in currently during slide-show mode.

To not allow this repetition to occur while jumping to random slides in PowerPoint, we add a If-Then Condition which states that the random number has to be again generated if it is equal to the current slide number of the presentation which is being shown in the slide-show.

We redirect the code back to GRN and a loop is formed. A fair warning: Do not put too many GoTo Redirects as it can cause your codes to become a prime example of a spaghetti code.

However since we can keep an eye out here based on the fact that there is only a difference of 2 lines between our GoTo Statement and GRN snippet, I am not heavily concerned.

If you want all the slides of a particular range to occur without repetition in slide-show view, you can use the following VBA Macro which literally shuffles the selected slides in a random order.

Now if you would like to avoid repetition of slides i.e all slides viewed in a sequence have to be unique, you have to use the following code.

GOING THROUGH ALL SLIDES RANDOMLY WITH NO REPETITION 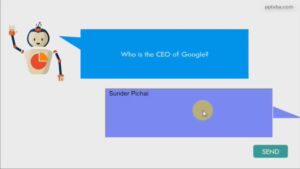 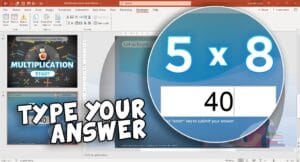 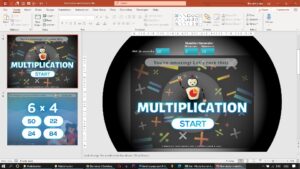 Only one slide that would generate questions for you automatically....